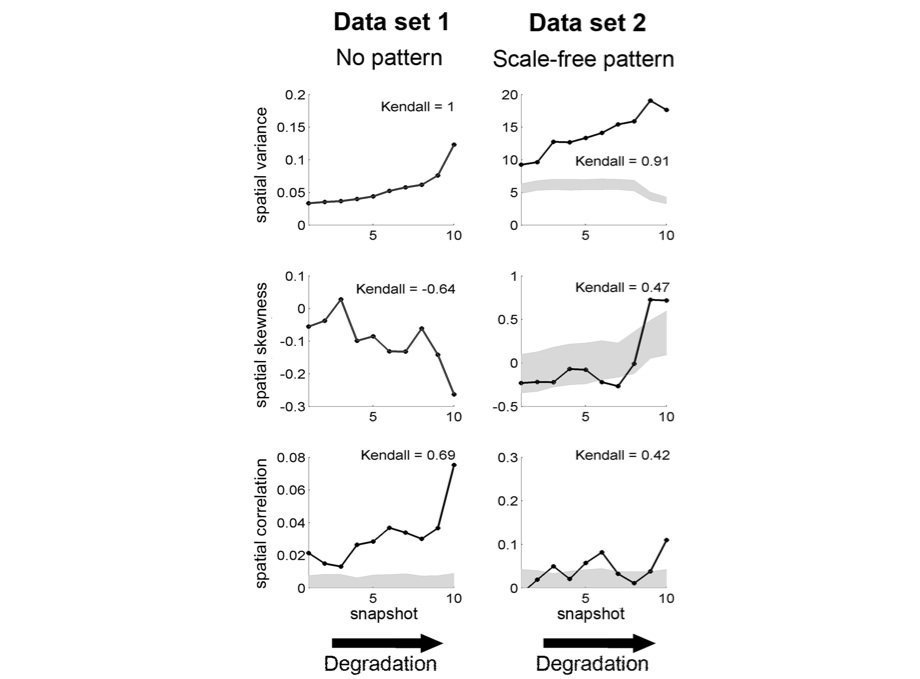 figure 1: snapshots of the system are ranked along the degradation gradient (x axis). This mimicks a scenario where we would not know the exact value of the driver but where we can order the data set along a degradation gradient. Left: local positive feedback model (data set 1). Right: local facilitation model (data set 2; original data transformed using 5×5 sub-matrices). First row: spatial variance. Second row: spatial skewness. Third row: spatial correlation at lag one. In each panel, Kendall’s 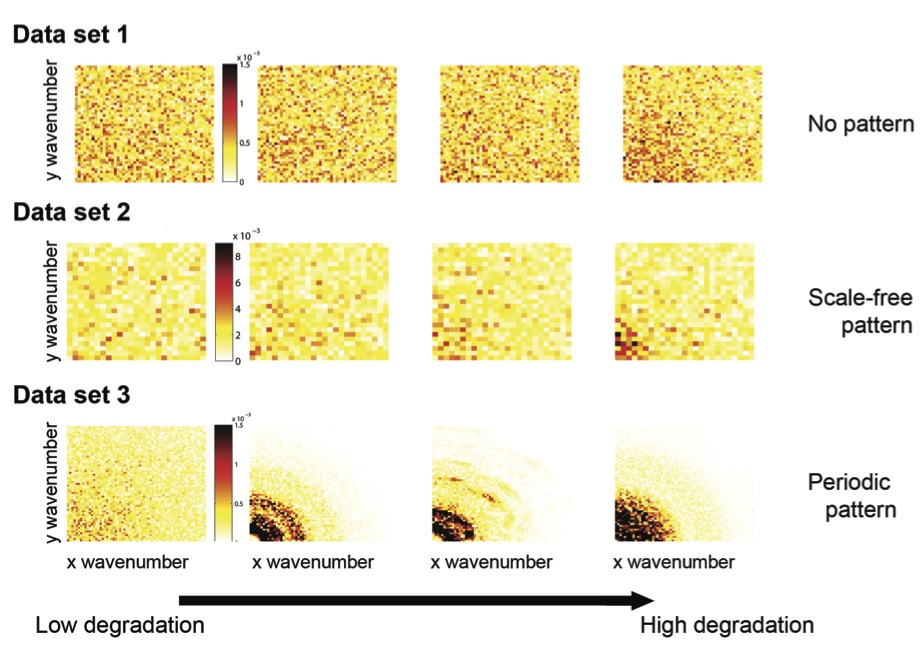 Data set 2 was not only characterized by non-periodic patterns, but our visual examination reveals that it also exhibits distinct patches of two phases (vegetation and bare ground). In that case, it makes sense to look at the distribution of patch sizes. A way of plotting such data is to calculate the inverse cumulative distribution, i.e. plotting the number of patches whose size is larger than a given value

as a function of 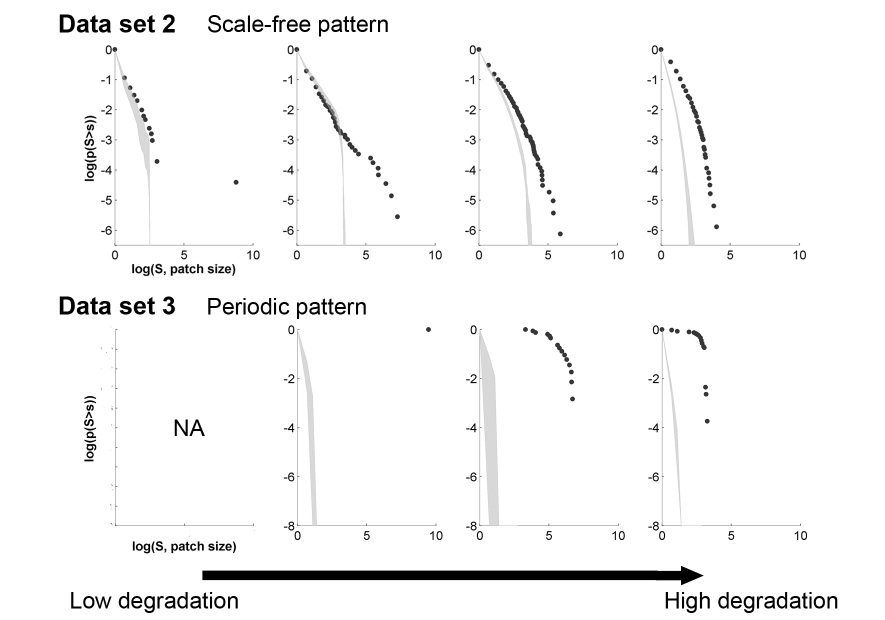