Early-warning signals of critical transitions can be estimated using methods that can be classified into two broad categories: metric-based and model-based methods. Both types of methods quantify changes in the properties of the observed time series of a system that is generated by a general process:

where x is the state of the system, f(x,θ) describes the deterministic part of the system, and g(x,θ)dW is the stochastic part; dW is a white-noise process. A slow change in the underlying conditions (drivers), θ,moves the system close to a threshold where a transition may occur.

Metric-based methods quantify changes in the statistical properties of the time series generated by equation 1 without attempting to fit the data with a specific model structure.

Model-based methods quantify changes in the time series by attempting to fit the data to a model that is based on the general structure of equation 1.

The ultimate goal of both types of methods is to capture changes in the ‘memory’ (correlation structure) and variability of a time series as it approaches a transition into an alternative dynamic regime. 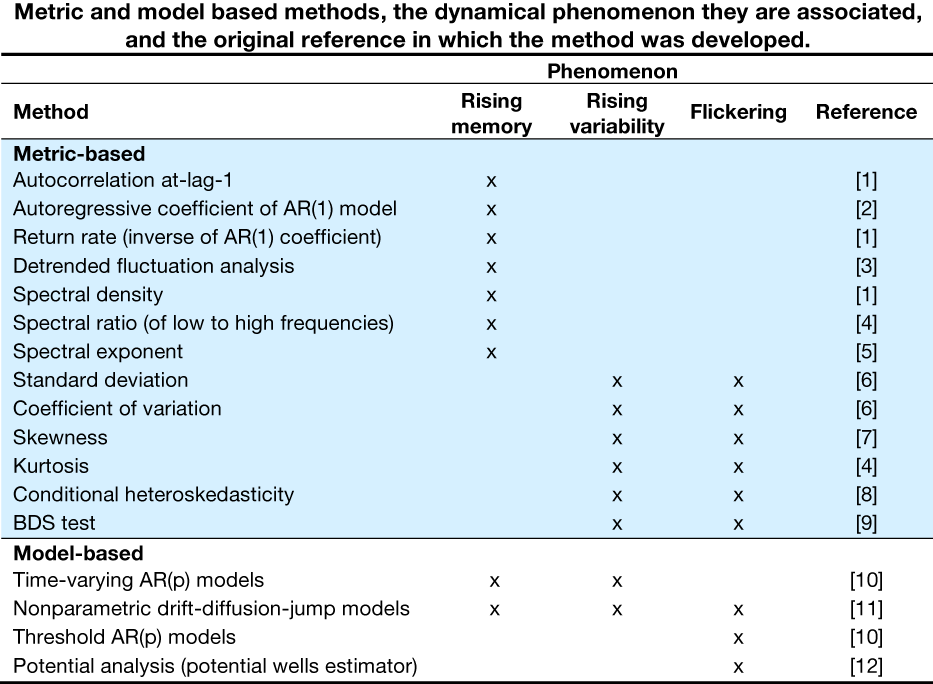