Spatial data in ecology are typically obtained by field studies, data collecting devices placed at various locations of an ecosystem or extracted from spatial imagery. In any of these cases, the nature of data at a given spatial location can be of two types: (a) a discrete occupancy data, such as presence or absence of the variable of interest at each pixel of an image, or (b) a continuous variable, such as NDVI (Normalized Difference Vegetation Index) at each pixel or nutrient concentration at each sampling point.

We illustrate here the application of spatial indicators in three synthetic data sets using three representative models of tipping points and self-organization in ecological systems. The three models treat ecological variables in a spatially-explicit framework with stochasticity. They all describe vegetation dynamics under resource limitation or grazing pressure, but they differ in the nature of ecological interactions and the emerging spatial vegetation structure. 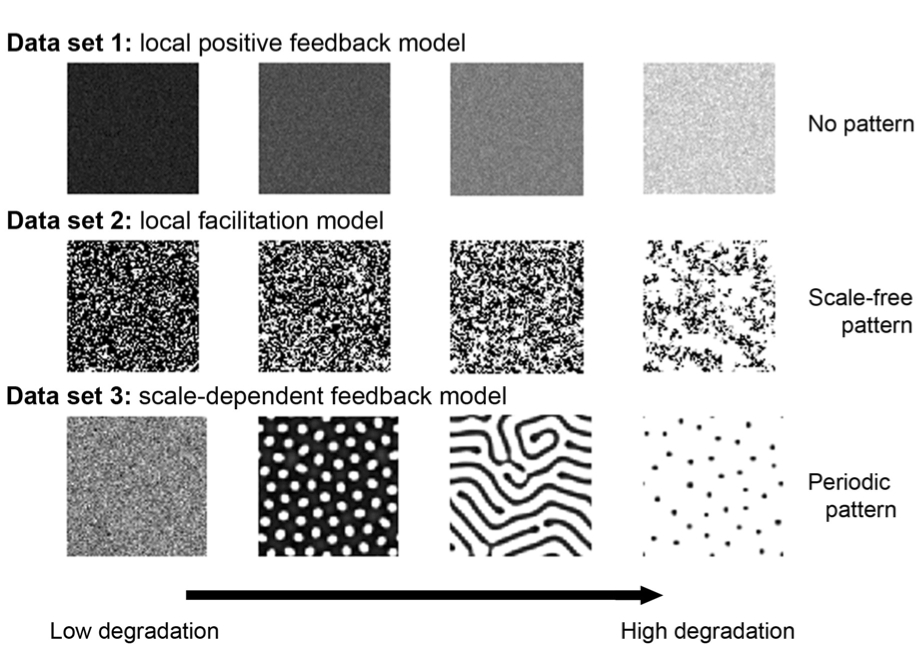 All three models exhibit a transition from one state (e.g., vegetated) to an alternative state (e.g., desert) as an external parameter (such as rainfall, grazing, etc) changes.